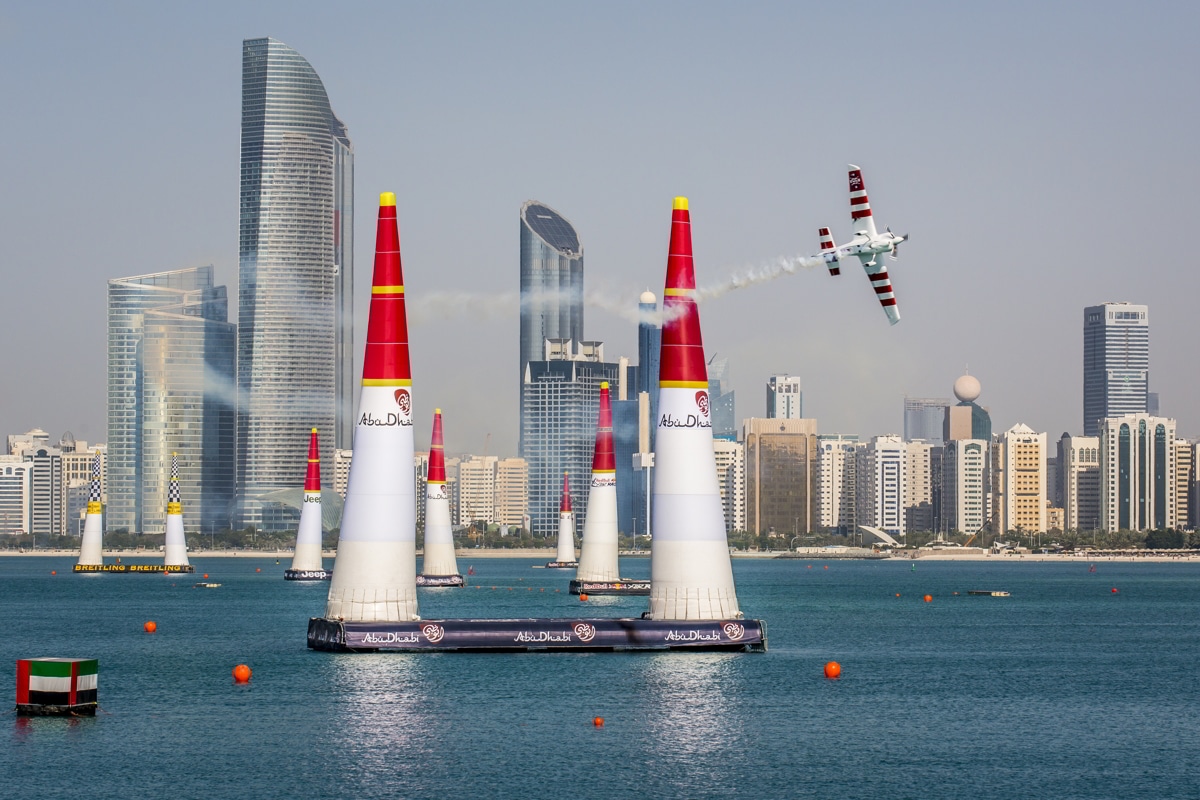 The fastest race in the world…

is the Red Bull Air Race. From 11 to 12 March 2016 the mega-fast event was held in Abu Dhabi for the nineth time. The world championship opener offered gripping man-to-man duels. Points are awarded in the air race for speed and agility. The 14 pilots display their skills in difficult aerial manoeuvres around pylons placed in the sea. The Frenchman Nicolas Ivanoff won the first of the total of eight worldwide races closely followed by Matthias Dolderer from Germany.