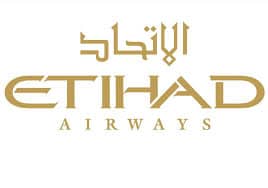 Etihad Airways has won the coveted 2016 Crystal Cabin Award in the new ‘Cabin Concepts’ category for its Boeing 787 First Class cabin, featuring the airline’s new First Suites, unique to its Dreamliner fleet. The ceremony was held in Hamburg, Germany, as part of the annual Aircraft Interiors Expo.

The award is the second consecutive win for the airline’s innovative new cabins. In 2015, it won the prestigious award for its Airbus A380 upper deck cabin designs and products.

The award was presented jointly to Etihad Airways and the members of the Etihad Design Consortium (EDC) – a unique grouping of three leading brand and design agencies, who pooled their combined skills to deliver on the airline’s vision of a revolutionary change to the modern flying experience. Etihad Airways’ B787 interior is equally as ambitious as its highly acclaimed A380, with the same ground-breaking innovation evident in all elements of the cabin interior, from unique configurations to revolutionary seat designs, reflecting the airline’s next phase of brand maturity and the exciting growth of modern Abu Dhabi.

The B787 First Class was a completely bespoke design for Etihad Airways, and the challenge for the airline and the EDC was to create a product that could match the unrivalled levels of space, features and luxury afforded to the First Apartments on the A380, but uniquely packaged into a product that could be integrated into the smaller, more ‘catalogue’ B787 aircraft. This is the first time a First Class private suite design has been developed for a B787 cabin.

A major directive for the EDC team was the creation of an environment designed to complement the airline’s acclaimed service and hospitality philosophy, with unique spaces which would allow the Inflight Chef and cabin crew to prepare and deliver an unparalleled inflight experience with ease and efficiency. The work also called for a  design which would fully integrate the entertainment, lighting, temperature and comfort systems to provide Etihad Airways’ First Class guests with a virtual boutique hotel suite.

The Etihad Airways B787 First Class cabin offers guests a forward and aft facing layout with a unique curved aisle, a first in airline cabin design, which allows for greater space and privacy, and is aesthetically striking. Each First Suite is fitted out with a fully customisable seat that converts into a 204 centimetre fully-flat bed featuring an advanced Lantal pneumatic cushion system. The seat is upholstered in fine Italian leather from Poltrona Frau, an exclusive brand synonymous with luxurious Ferrari and Maserati sports car interiors.

Each fully enclosed suite has 147 centimetre high sliding doors for maximum privacy, an individual powerless chilled mini bar, a personal closet and a large single leaf table with an option for dual dining. Four of the eight First Suites can be transformed into shared double suite spaces for guests travelling together. To develop a premium cabin interior architecture for the First Suites, the EDC worked closely with Boeing to deliver unique lighting scenarios that would complement the interior linings and ceiling profiles, as well as the styling of the suites. B787 features electrochromic windows which are 65 per cent larger than those on other aircraft in its category, providing increased levels of natural light. Windows can be darkened with the use of an optical shade made from an electrified gel which darkens when the current is increased.

The B787 First Class washrooms feature the same contemporary design elements as those found on the airline’s A380 fleet.