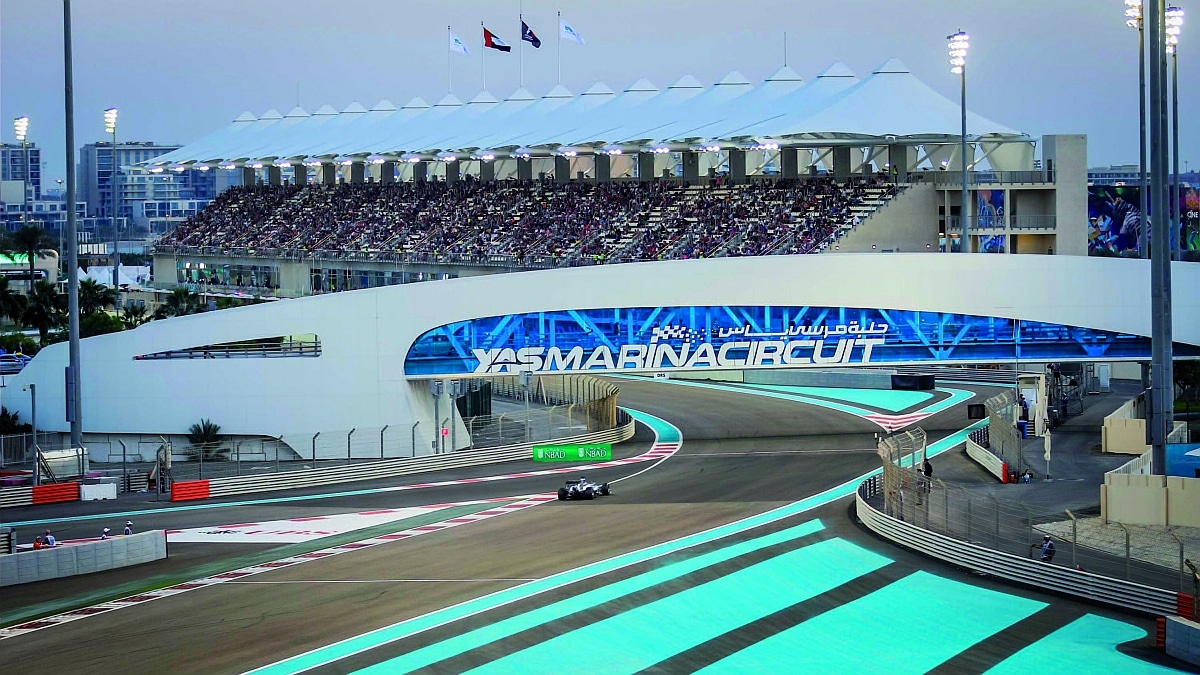 The Grand Prix of Abu Dhabi 2017 was a perfect double victory for Mercedes. At the last Formula One race of the season, Valtteri Bottas won in Mercedes, followed by Lewis Hamilton, who wins world championship for fourth time. Sebastian Vettel got a third place in the race and won  the Vice World Cup.

The Formula 1 track at the Yas Marina Circuit in Abu Dhabi, is a highlight in its own right, passing as it does directly through the futuristic Yas Hotel. The drivers start at dusk and arrive on the finishing straight in complete darkness. The track is bathed in floodlight, combining with the illuminated city back drop to make this an unforgettable experience for both drivers and spectators.Crowned by a breathtaking race, the Abu Dhabi Grand Prix on 23November 2014 was once again a spectacular, superlative sporting event. 2014 saw the metropolis on the Persian Gulf enthral the Formula 1 family for the sixth time. Drivers and fans are now equally impressed by the Yas Marina Circuit in the desert. At the premiere in2009 it was not just the experts who were unsure if the race would last the course no one could imagine that a start at dusk and finish in the night could be so entertaining. However, the initiators were convinced of the merits of their project, and were ultimately proven right. Because it is this exciting element that makes millions cheer their approval each year. Not for nothing was the exciting finale of the Formula 1 season scheduled for Abu Dhabi.