Relais & Châteaux is established around the globe. Its ambition is to be much more than an association – to champion the principle of sharing the arts of gracious living and culinary expertise, and of preserving local culture and diversity. It is this spirit – the celebration of both L‘ Art de Vivre and joie de vivre – that lies at the centre of Relais & Châteaux and that separates it from the rest.

Relais & Châteaux’s values are nurtured by its family spirit, shared now with 21 new hotels and restaurants that joined the association in September 2016. From the United States, Colombia,France, Denmark, Switzerland, Netherlands, Italy, Greece, China, Japan and New Zealand, these the latest establishments to carry Relais & Châteaux’s indistinguishable golden fleur de lys serve as the living embodiment of their locale and its history, environment and culture.

Spicer Mansion is a boutique inn along the banks of the Mystic River in the seaside village of Mystic, Connecticut in the United States. The hotel is set in a lavish Victorian mansion, surrounded by beech trees and magnolias. The locally inspired cuisine is superb not only due to its ingredients, but also its presentation and combination of textures and flavours. www.relaischateaux.com/spicermansion

Unanimously considered one of the most beautiful residences in Cartagena, Casa Pestagua is a 4-star 18th century colonial building located in the heart of the city centre. The restaurant serves genuine Caribbean cuisine, highlighting fresh seafood dishes prepared with local ingredients. This amiable atmosphere is palpable from the first welcome by the multilingual Maître de Maison who receives guests as he would old friends. www.relaischateaux.com/casa-pestagua

Clarance Hôtel is a 5-star historical townhouse dating back to the 18th century and stands in the heart of the Old Lille, steps away from the Grand Place, the Citadelles and Lille Europe Train Station. Chef Nicolas Pourcheresse serves weekly-changing menus, featuring boldly innovative dishes that emphasise local, mainly organic produce, vegetables and herbs from the hotel’s garden. www.relaischateaux.com/clarance

Situated on the heights of the charming village of Guarene in Italy, a few kilometres from Alba, Castello di Guarene is set inside an 18th century castle. Built in 1726 and surrounded by a UNESCO World Heritage Site. This beautiful hotel features a swimming pool and a magnificent Spa, as well as a restaurant serving Italian cuisine, with a focus on the local dishes of Piemonte and home-grown produce. www.relaischateaux.com/castello-di-guarene

Myconian Korali is located a few minutes’ walk from Mykonos town, close to the beach, with private pool or Jacuzzi and panoramic views over the famous windmills and Cycladic islands beyond. Taste the Mediterranean fare of the region in the restaurant, which serves meals prepared with fresh local produce www.relaischateaux.com/myconian-korali 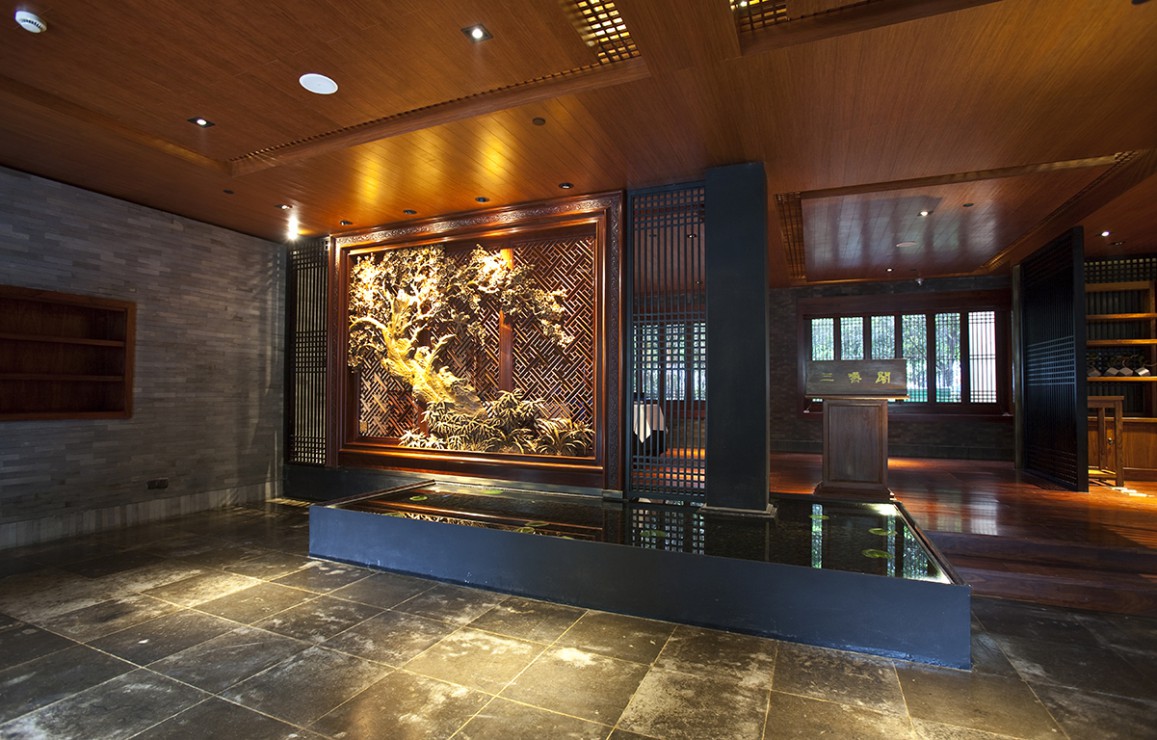 Set on a 4,800 square meters property, Seven Villas is located in the centre of Hangzhou’s scenic hilly western area of Hangzhou in China. This “sanctuary for the senses” is close to the city’s main points of interest. On the grounds are three restaurants, each serving their own excellent cuisine: the award-winning Chinese restaurant, Jiexiang Lou, under Chef Wei Anbao; the French restaurant, La Villa, under Chef YuNing and the Japanese restaurant, Manshu, under Chef Inoue Hirokazu. www.relaischateaux.com/seven-villa

Wharekauhau Lodge & Country Estate is a 5,500 acre working sheep and cattle farm, set on the dramatic coastline of the Wairarapa wine-growing region in Featherston. The vast grounds of this boutique hotel blend forests, lakes, rivers, rolling pasture and coastline. Guests can experience traditional Kiwi cuisine with a twist from Executive Chef, Marc Soper, whose dishes are inspired by Pacific Rim cuisine and local produce. The chefs spend time foraging in the streams, forests and beaches to source ingredients to share with guests later around the large table in the Country Kitchen and dining room. www.relaischateaux.com/wharekauhau