Home / Men's World / Professional soccer in the UAE
|  No Comments 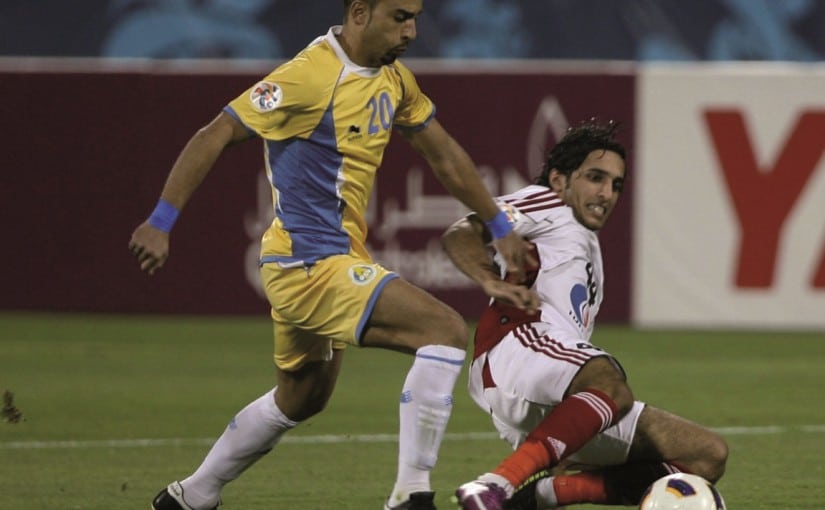 A professional football league has existed in the United Arab Emirates since 1973. For around two decades now the Premier Division, as the UAE league is known, has been making spectacular purchases of professionals from Europe and South America to spice itself up. Players and coaches familiar from the German leagues, such as Winfried Schäfer, have also been hired by club presidents. Foreign players have brought with them success, in this case for the Al-Ahli club in Dubai.

The highest level of football in the United Arab Emirates was established 41 years ago. Then as now, twelve teams contested the coveted league cup. The Premier Division, known until 2009 as the UAE League, is now one of the best football leagues in Asia. In keeping with the international prac – tice, the league is contested with home and away games. However, the teams face each other twice at home and twice away. The top three in the table qualify for the Asian Champions League. The two last-placed clubs are relegated to the First Division. The most successful club, with ten championship titles, is the Al Ain club of Abu Dhabi. Famous players to have featured here include Edilson, capped 25 times for Brazil, and Boubacar Sanogo, familiar from the Bundesliga. From 2002 to 2005 the Ivorian played in the desert for Al Ain, scoring 54 goals for his club. This was followed by a move to SV Werder Bremen. The example of Sanogo shows that great football careers do not necessarily have to draw to a close in the Persian Gulf, they can also begin there. Dubai and Abu Dhabi contest the championship With the teams Al Jazira (Abu Dhabi) and Al Ahli (Dubai) the two biggest rivals in the Emirates are contesting the national title in the Premier Division once again. These two teams set the pace, with their  tactical variety and incredible skills, they are currently in a class of their own. The 28 players under the successful Romanian coach Cosmin Olaroiu in particular are delighting Arab football fans. The 12,000-seater Al Rashid Stadium is rarely sold out. On average 3,000 to 4,000 football fans attend the matches of the twelve clubs. Fortunately there is the Mohammed Bin Zayed Stadium, whose capacity of 42,056 succeeds in driving up the average number of spectators for the league. This is where Al Jazira plays its home games. This longstanding Arab club, founded in 1974, is characterised by its excellent youth academy. Ali Ahmed Mabkout is one of many talents to emerge from this. The young striker has more than repaid the trust placed in him this season, scoring more than half a dozen goals.

Football is not the most popular sport

Golf, polo or formula one, these are sporting events that prove a magnet for spectators in the United Arab Emirates. This is not the case with football, at least the local variety. Naturally, people are happy to have their own professional league, but they often support clubs from England, Germany or Spain. The games from Europe are simply more exciting and played at a higher pace than most of the encounters in the Premier Division. At least this is the explanation offered by many football dignitaries in the UAE for the low crowds in their stadiums. This is why even more superstars from the top European leagues are to be attracted in the future. The future of football in the desert states is assured, it remains to be seen if the spectators can develop greater enthusiasm for their local football stars