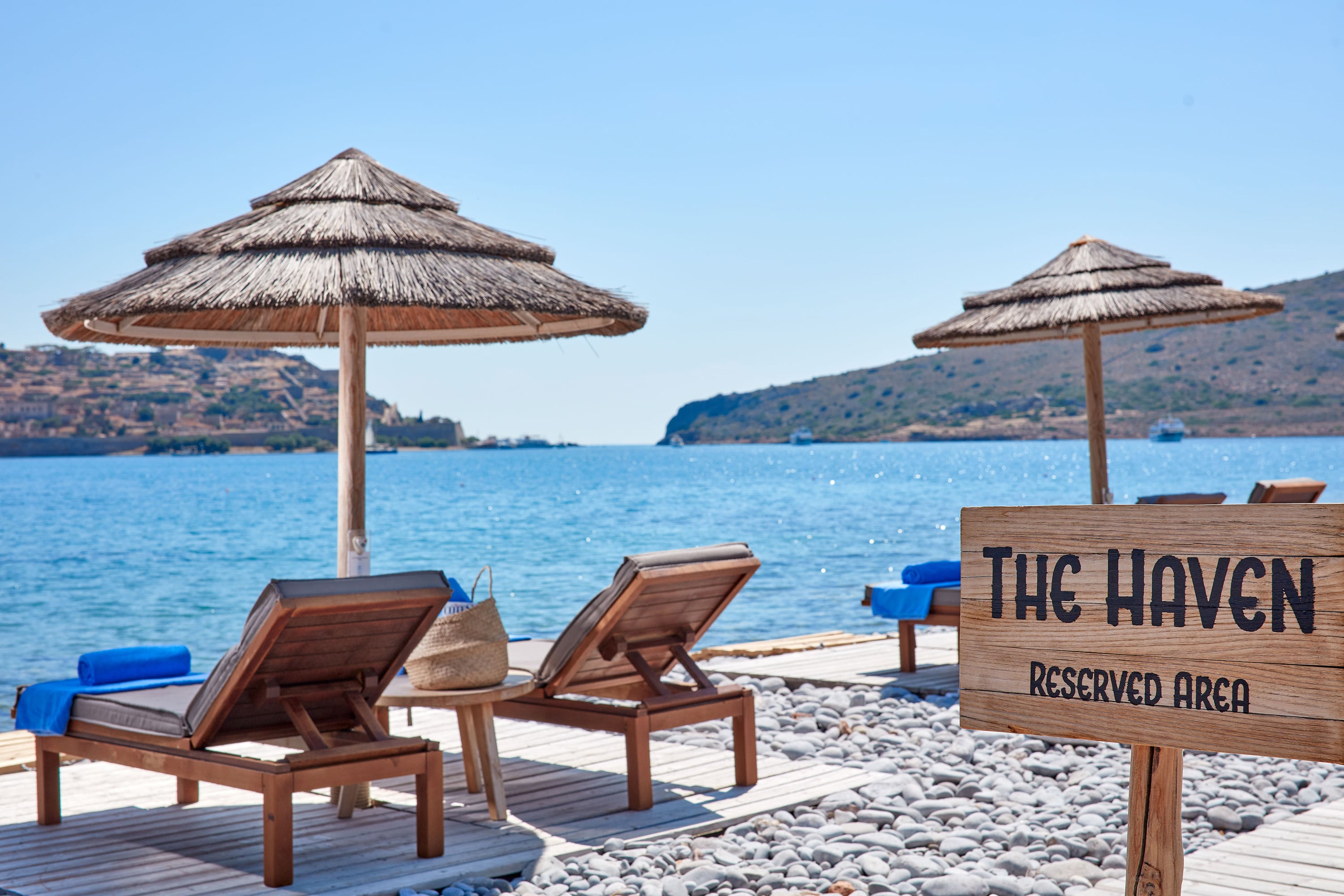 The perfect day at the sea promises the 200 meter long private beach of the five-star luxury hotel Blue Palace Resort & Spa on the Greek holiday island of Crete. Azure blue water, white shiny pebbles and wooden terraces equipped with sun loungers and umbrellas await guests – including the unique panoramic views over the Gulf of Elounda and the opposite island of Spinalonga with its imposing 16th century ruins. View from the Island Luxury Suite to the island Spinalonga.

Located on the idyllic coast of Elounda in the north of Crete, the Blue Palace Resort & Spa offers a breathtaking view over a bright blue ocean and the island Spinalonga. The family owned resort is known as the leading five-star-hotel on the greek island. All 247 rooms and suites, as well as the four generous private villas – which come with up to three bedrooms and a private pool – are designed in a typical Mediterranean style. The Deluxe Hotel is a paradise for food lovers as well: the five restaurants range from steakhouse to Asian kitchen to traditional greek dishes. Drinks and cocktails await at one of the three resort bars. The luxury resort offers variety, but sticks to its motto: Keep it regional. The herbs and vegetables used in the restaurants are harvested in the hotel garden by the chefs themselves, all meat and fish products are purchased from selected regional producers. The spa area “Elounda Spa & Thalassotherapy” consists of three Thalasso pools, two traditional Turkish hammams, saunas and a gym.