Home / Nice to have / HANDMADE PARFUMES
|  No Comments 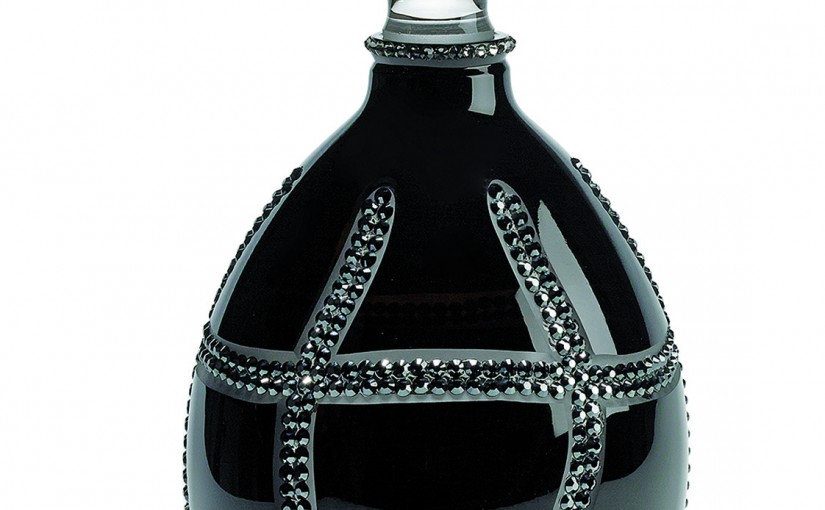 Smells evoke emotions and memories; affect our mood and even our actions. Sweet-smelling fragrances are always associated with well-being. This drives the perfume industry forward and gives us new fragrances every year. But perfume is not just perfume. Compositions lovingly and lavishly produced by hand and based on tradition make all the difference between a vile odour and a deluxe fragrance.

“My fragrance reminds me of a spring morning in Italy, after a rain shower; of oranges, lemons, grapefruit, bergamot, cedrat and the flowers and herbs in my home. It refreshes me, boosts my senses and imagination.“ This is how Johann Maria Farina poetically philosophised about a fragrance in a letter to his brother Giovanni Battista in 1708. It was the birth of Eau de Cologne. It was Farina of all people, an Italian, who created one of the most famous perfumes in the world in Cologne, the German city on the Rhine. Farina, who was quite subtle, thereby laid the foundation stone for the oldest production of perfume in the world in 1709. Cologne quickly became the perfume metropolis. Kings, politicians, and even artists like Mozart were enthralled by the fragrance. The “water from Cologne“ is still produced by Farina’s descendants in the city on the Rhine. However, even from the end of the 18th century, the name “Eau de Cologne“ no longer identified a special perfume, but was a type of scent: the light variant with a content of two to five percent of perfume oil.

Smelling nice seems to be a deep-seated need. Even the high civilisations used fragrant aromas and the Egyptians and Indians were in particular well-versed in the art of creating fine fragrances. “Kyphi“, the famous aromatic fragrance blend, was already known around 5000 years ago in Luxor and includes rose petals, incense, cinnamon bark, myrrh and sandalwood. The ancient Egyptians used fra – grances and cosmetics for inner and outer harmonisation. Perfume makers in those days were the priests, who were experts with ointments, essences and tinctures, which they needed for various cere – monies. The fragrant trend soon wafted across national borders, catching the attention of the Arabs and later the Romans, while oriental fragrances only reached Europe through the Crusades. Even today people associate exotic aromas with oriental perfumes. And rightly so, as spices, flowers, balms and resins and animal components have continued to influence this distinctive scent character right up into our Millennium. One jewel of oriental perfume art is Amouage. The opulent, Omani fragrance embodies 1001 nights for the nose, Arab sensuality par excellence. We can thank his Majesty Sultan Quabus Bin Said for the beguiling Amouage. About 25 years ago the Sultan of Oman decided to have a fine perfume created that would represent his country. He commissioned the renowned perfume maker Guy Robert to develop an exquisite fragrance. The Parisian perfume maker whose clients also included Hermès and Dior, came up with a masterpiece. “Amouage gold“ alone contains over 120 essences and oils, enclosed in a handcrafted glamorous bottle. Depending on how intricately worked the bottle is, for example decorated with precious stones, this luxury perfume can cost up to $8,000.

PAST AND PRESENT COMBINED IN A FRAGRANCE

Enchanting fragrances have a long tradition not only in the orient; in Europe the perfume metropolis par excellence is the French town of Grasse. Here, in beautiful Provence, the fragrances business literally blossomed in the 18th century; in the truest sense of the word. The coveted raw materials for enchanting perfumes grew in the fields of flowers at the gates of Grasse. That is still the case today and an ex perience for the many tourists that visit the area. Nowadays there are still 30 perfume companies, not as many as in the past, but still an impressive number around Grasse. Some of them have been charming the world with their fragrant products for more than 250 years – like the Galimard perfume company, founded back in 1747, which even counted kings of France among its customers. It is good to know that the high art of perfumery in Grasse is still alive. The couple Martine Micallef and Geoffrey Newman founded the fragrance company “M. Micallef“ in the picturesque town in 1996 and with great success. Nowadays their perfumes are sold in 900 stores in 54 countries. The products are stylish and modern but also traditional. The latter is evident in the elabo rate pro cessing, where up to 200 ingredients are brought together to create a fragrance; a process that can take months. The craftsmanship also in the hand-decorated bottles, more works of art than containers and often coveted unique specimens.

Although today some essential fragrances are artificially manufactured such as, for ex ample, musk, surprisingly little has changed over the last few centuries in terms of the high-quality ingredients that are used in making perfume. Alcohol is still combined with distilled water and aromatic oils in perfume laboratories to create fragrant compositions. The most popular production method is extraction and involves the fragrances being extracted from plants and flowers using solvents. Low temperatures are used in contrast to distillation and most of the fragrances are maintained. Pressing is used primarily for the production of essential oils. Here, as the name suggests, the raw material is just squeezed out to get the much sought- after oil. The very old but also very elaborate method of enfleurage is now only rarely used in production. This technique sees fragrant essences being absorbed from animal fat. Then, after repeated cleaning pro cesses, the fragrances are literally washed out of the fat. Fragrances were produced using maceration over 2000 years ago. The perfume ingredients are boiled in hot, purified animal fat and ultimately filtered out.

Whether they are flowery or oriental, perfumes will beguile our noses forever. They embody magic and passion and capture the beauty of nature in all its sweet-smelling facets for us.