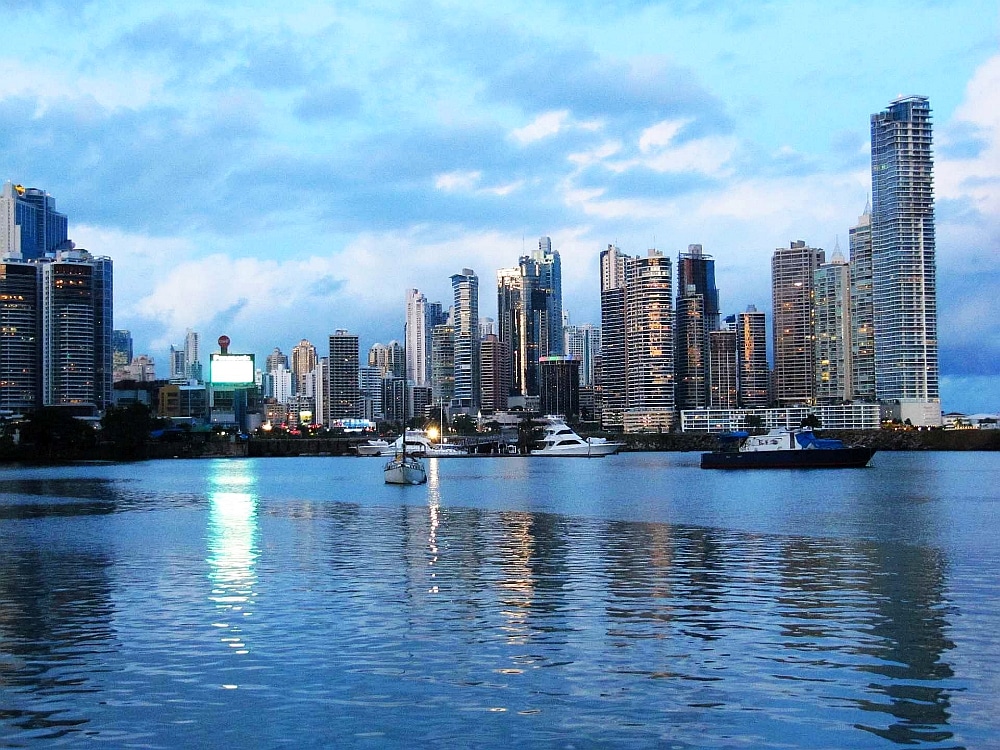 Panama unites. That is his destiny. It is rather more than just a canal. It is the bridge between North and South America, Atlantic and Pacific, history and the future, nature and culture.

Its mediator role is more than just the southernmost state of Central America, framed by Costa Rica and Colombia. The contrasts of the small country are fascinating. This is not only seen by  the proud inhabitants, but also the tourists, who slowly but surely conquer the small dreamland. For good reason…

This multicultural city full of contrasts consists of almost 1.3 million inhabitants. Start your trip with a walk along the ocean front – so you’ll get a terrific view of the skyline.

There are many great shopping malls in Panama City. However- if you really want to get to know Panama you need to get out and experience the streets and meet the people.

The Old Town of Panama City Casco Viejo – The Old Town of Panama City, declared a Historical Monument by UNESCO, is not just about history; it is also a place to sample different foods and drinks in open-air cafés and a site where the restaurants and bars fill the air with music and entertain with varied shows. Ancon Hill was once used for the administration of the Panama Canal. The hike to the top rewards you with an incredible view of the city, the Canal and the Pacific Ocean. Panama is world-famous for its 81,6 kilometres long canal that connects the Pacific Ocean with the Atlantic Ocean. Located on the east side of the Miraflores Locks, the Miraflores Visitor Center is the ideal place to observe canal operations. The Biomuseo, designed by world-renowned architect Frank Gehry, focuses on Panama’s biodiversity and how the isthmus of Panama has changed the world. On Panama’s Pacific coast, just outside of the capital’s limits, lies a series of white sand beaches and beautiful blue waters – these photos were taken at Playa Blanca. However – don’t miss to see the Caribbean coast with destinations such as Bocas del Toro, San Blas, Portobelo and many others. El Valle de Antón is a town high in the mountains of Panama, on the floor of the largest inhabited volcano crater in the world. The area around the town is known for being one of the habitats of the Panamanian golden frog, an endangered species. But there are also sloths hanging around in the trees. A ride in an authentic Indian canoe up a scenic rainforest river is the only means of transport to go to Embera Quera. Spend one day in the middle of the jungle in an authentic Indian tribe. Share a day of your vacation in Panama with these friendly natives of Panama, hear their music, dance with them, eat their food and walk in the jungle with the botanical doctor and learn how he uses the plants for healing. Have a ride on a local bus – they are artfully painted and real eyecatchers What else you can expect: Vibration massage is included – fabulous sound system – driver and DJ in personal union – open door air conditioning – flirts for free 😉 Look out for great graffitis. Try the delicious fruits you’ll find on the market. The freshly squeezed fruit juices are fantastic, too.

Hotels in Panama we tested and recommend: Location: Panama is located in Central America, bordering both the Caribbean Sea and the Pacific Ocean, between Colombia and Costa Rica.

Principal Cities: The capital and largest city is Panama City, whose metropolitan area is home to nearly half of the country’s 3.9 million people.

Climate: Panama has a tropical climate. Temperatures are relatively high and vary little throughout the year. The temperatures are usually lower on the Pacific than on the Caribbean coast.

Language: Spanish is the official and dominant language. The Spanish spoken in Panama is known as Panamanian Spanish.

Currency: The Panamanian currency is officially the balboa, fixed at a rate of 1:1 with the United States dollar. In practice Panama is dollarized: US dollars are legal tender and used for all paper currency, while Panama has its own coinage.

Visa Requirements: A passport valid for at least the next six months is required from all nationals from Australia, UK, Canada, USA and all EU countries, without requiring a visafor stays of up to 180 days. If arriving by sea (except via cruise ship), there is a US$110 charge per person for passengers and crew members. If travelling overland, get an exit visa and a Panama entry visa stamped on your passport.