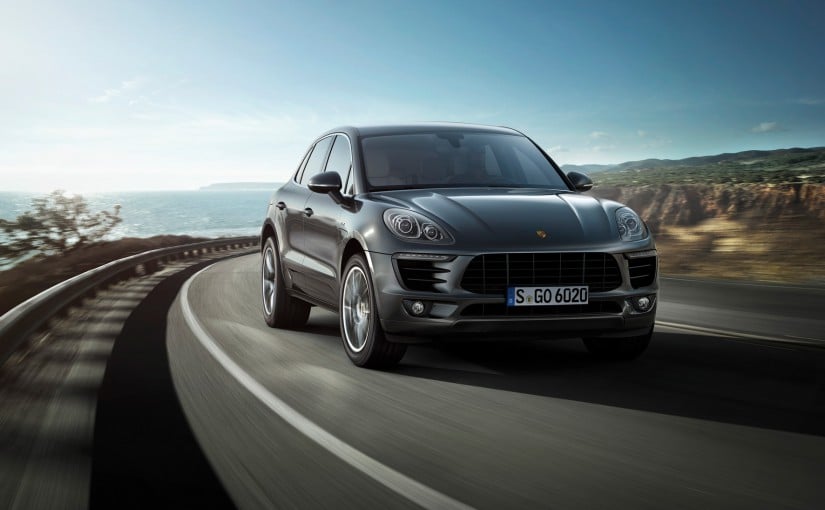 Porsche equals sports cars – this restrictive comparison has no longer been applicable to the Swabian premium car manu – facturer for over ten years now. When Porsche presented its first SUV, the Cayenne, in 2002 die-hard sports car fans were horrified. However, the 4×4 proved popular and is a worldwide success. So what could be more appropriate than to extend the happy SUV family with the addition of a small, compact little brother? The newcomer is called the Macan, the Indonesian word for tiger.

Nomen est omen: the chic SUV is powerful, ready to pounce at all times, whilst at the same time light-footed and enduring in rough terrain. Naturally, the Macan also cuts a dashing figure in the urban jungle. A Porsche will fit in anywhere. At the end of November 2013 a collec – tive gasp could be heard in the halls of the car shows of Tokyo and Los Angeles as the Macan was unveiled. The global premiere of the compact Porsche SUV had been awaited with great anticipation. Somewhat smaller than the Cayenne, the Macan meets the zeitgeist perfectly. Sophisticated yet affordable, cross-country-capable whilst at the same time able to fit into parking spaces. Sports utility vehicles are booming, with no end in sight. Porsche responded to this by expanding the non-sports car segment of the company. This move was a foreseeable one, as more limousines and four-wheel drives now leave the Porsche plants than sports cars.

PORSCHE POWER IN THE GENES

Porsche presents the Macan as the first sports car among the SUVs. The com pany has incorporated many of its own products in the manufacturing process, with design elements from Porsche sports cars further developed for the stylish SUV. The new family member is German-built, at the company plant in Leipzig. Porsche has invested around 500 million euros in the eastern German works, where up to 50,000 of the new cars can be manufactured every year. Quality and safety are impeccable of course, after all, the youngster is a Porsche. The model range has something for everyone. The Macan is available in three different versions. The Macan S boasts a 3.0-litre V6 biturbo engine, delivering 340 hp and a top speed of 254 km/h. This propels the “weakest“ model from 0 to 100 km/h in a still-impressive 5.4 seconds. The Macan Turbo is an even speedier proposition. Although its top speed of 266 km/h is not significantly greater, it achieves this at a lightning pace. A whopping 400 hp from the new 3.6-litre V6 biturbo engine catapults the car to 100 km/h in just 4.8 seconds. The optional Sport Chrono package even enables this in 4.6 seconds. Those that wish to zip around without having to keep one eye on the fuel gauge at all times should take a look at the diesel version. With the 3.0-litre V6 turbo diesel engine this has a fuel consumption of a mere 6.1 to 6.3 l/100km. And there is no need to worry that this is achieved at a snail’s pace, because the 258-hp engine takes just 6.3 seconds to go from 0 to 100 km/h and reaches a top speed of 230 km/h. The standard equipment of the Macan is an eye-opener. Four-wheel drive, dualclutch transmission, electro-mechanical power steering (for the first time in a Porsche SUV), an electrically-operated tailgate and many other features deliver ample enjoyment. Those looking to enjoy themselves even more can pay for extras such as pneumatic suspension, with the Macan the only vehicle in its segment to offer this feature. Or dynamic headlights, which steplessly adjust the light to traffic pulling out or coming from the other direction.

CHIC AND SPORTY INSIDE AND OUT

The Macan sits flat and wide on the road. Not only is the car nice to drive, it is also nice to look at. The proportions are sportily dynamic, with a large dollop of elegance. Rounded curves and precisely-positioned edges are appealingly com bined for a look that is both harmonious and appropriate. Some of the elements really are evocative of the 911, such as the rear wing or the roof moving down to the back, the so-called “flyline“. The interior is typical Porsche quality. Coherent, chic and precise. Much is familiar, some is new, such as the standard multifunctional sports steering wheel, which comes from the 918 Spyder.

The SUV addition to the Stuttgart premium car maker will be on the forecourts from April 2014. The prices for the Macan S and the Macan S Diesel start from 57,930 euros. Those with an eye on the top-of-the-range Macan Turbo will have to invest 79,826 euros. Even though the Porsche Macan is a medium-sized SUV, it does not correspond to midrange pricing. The new, cross-country generation from Porsche is upmarket, in every respect.